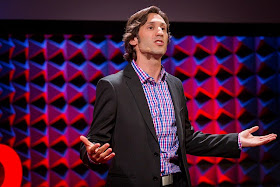 For those of you who are already eager to reply to what's below with "But not all speechwriters do this," I get that. But women have been sitting for centuries through speeches with the components I'm asking you to change, and those speeches are not writing themselves.

If you write differently for male speakers, your speaker wouldn't refer to women only or mostly as mothers, wives, and daughters when the women in question really are CEOs, bankers, legislators, or executives. That includes praising said CEOs, bankers, legislators, or executives with "and she's a devoted mother of three," as if that made all the other achievements pale in comparison (as was done to Marie Curie when she won a Nobel Prize, among countless others). Some male speakers only refer to women as mothers, when there are plenty of us without children who also vote, buy products and run companies. Most politicians' speechwriters do it, but I want speechwriters of all kinds to set a better pace. Don't define women solely in terms of their relationships to other people. Challenge yourself, and your speaker, to describe women in terms of their work and their worth beyond their relationships, just as you do when you're writing about men. I don't want to have to sit through another speech in which my gender is so narrowly defined.

If your speaker only quotes men, or only points to men as exemplars of whatever you're peddling, your speech is ignoring half of history and half of the present day. I want you to search out women's quotes and women leaders to use as examples. The Eloquent Woman Index of Famous Speeches by Women has more than 160 speeches loaded with great quotes, and I maintain a Pinterest board of great quotes by eloquent women. There's no excuse for not quoting women. Bloomberg News has just made this the standard for its journalism: “All Bloomberg News enterprise work must include at least one woman’s voice, and preferably a balance of men and women. Women are engaged in every topic we cover. Our journalism should reflect that variety.” Let's try it in speechwriting. I don't want to sit through speeches in which no women serve as exemplars worthy of quoting.

Writing differently for male speakers also means omitting the sexist or suggestive content that I hear too many men repeat and too many women report, as if we're endlessly reliving a 1950s Rat Pack routine or an episode of Mad Men. We live in a misogynistic culture. That doesn't mean you have to perpetuate it when you write a speech or plan a presentation. And if you think that removes "all the fun," you've just admitted, if only to yourself, that you're not thinking about your entire audience. You've admitted that you're willing to help your speaker disrespect half your audience. Both are cardinal sins for a speechwriter. If it's your speaker who is inserting these comments, speak to him about it. I don't want to sit through those speeches, either.

If your male speaker is addressing a group of women, please don't try to fix the women by giving them helpful tips when the real issue is persistent sexism in our culture. Telling women they just need to be more confident, to speak up more, or to be more assertive suggests that the problem begins and ends with women, and that they are somehow both flawed and responsible for the situation. Research shows that women can accurately size up negative biases in their audiences. They often don't negotiate for raises or ask questions, not because they don't see their own worth, but because they have figured out (accurately) that both men and women are less likely to view them positively or meet their requests. Instead, I want your speech to note what your male speaker will do to ensure equity across the board in his sphere of influence. If he's addressing a group of women, I'd like to see him ask them what's on their minds, listening rather than prescribing solutions. While he's at it, I want to see him take as many questions from women as from men in the Q&A. Women notice this persistent and easy method of silencing them.

When I get that question about writing differently for women, I know that the questioner may be hoping that I will answer as I do, that they need not do so. Why should there be different types of writing? they might be thinking. I agree in principle, but wonder why I rarely hear speechwriters ask about changing the ways they write for men. It's not just another case of "what do women want?" but what all speakers can do. Unless we can consider both options, we're not really examining this question, intellectually or fairly.

I believe that speechwriters, so often charged with describing the cutting-edge, can be leaders here. I believe that most speechwriters and speakers don't want to discriminate or further bias, but are unlikely to recognize when they're doing it. Speakers who want to be real thought leaders and role models would talk about gender diversity because women are half your market, half your employee pool, half your suppliers, half your voters, half your donors and volunteers--at least. If you want your male speaker to resonate with half his audience, a half he might not be reaching now, these are easy steps to take to boost his influence.

You'll be boosting your own influence at the same time. Speechwriters rarely get credit for their work. That's baked into the job, so your speaker can look and sound smart and eloquent. But speechwriters also can be influential, which is a different kind of power. Speechwriters can have great influence in this way. Will you?

Come to my pre-conference workshop at the Spring Speechwriters and Business Communicators Conference in Cambridge, UK, this April. What goes into a TED-quality talk will help speakers, speechwriters and conference organizers understand how to craft and deliver a talk in the style of TED, whether you're getting ready for a TEDx conference or just a presentation in this popular style. Go to this link  for more details on what's included, as well as a significant discount for readers of The Eloquent Woman. The workshop is on 15 April, and the conference is 16-17 April. Please join me!
eloquentwoman at Thursday, January 08, 2015
Share